How to Change Where Screenshots Are Saved on Mac? 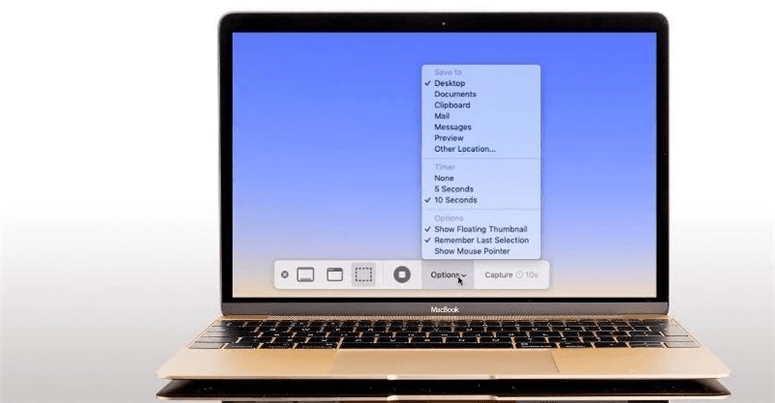 While taking a snapshot on your Mac is straightforward, there are several aspects of the process that remain a mystery. Beginners may not realize where the snapshot is saved because it is saved on the desktop rather than the pasteboard by default (as on Windows). However, even expert users may be unaware that you may alter the destination, which you may want to do if your Mac desktop has become congested.

On a Mac, where are screenshots saved?

Mac screenshots are saved to the desktop by default, with a name like 'Screenshot 2018-09-28 at 16.20.56,' which indicates the date and time the screenshot was captured. If you use Desktop Stacks (another new feature in macOS Mojave), you may organize your desktop such that all of your screenshots are neatly tucked away into a folder. (How to organize your Mac desktop explains how to accomplish this, as well as several other methods to tidy up your desktop.)

You'll have a screenshotting tool named Grab if you haven't installed macOS 10.14 Mojave or later on your Mac (Mojave was released in 2018). Grab (included in the Applications folder's Utility section) may be used to grab screenshots. Normally, you save screenshots to your Documents folder, and the image is saved as Untitled if you don't modify the name.

On a Mac, how do you modify the position of a screenshot?

It's incredibly simple to modify where screenshots are stored if you have macOS Mojave, Catalina, Big Sur, or Monterey installed.

You can select from the following options in addition to your self-defined 'Other Location': Desktop, Documents, Clipboard, Mail, Messages, and Preview are all available options.

How to alter the location of Mac screenshots in previous macOS versions?

Before Mojave, it wasn't as simple to tell macOS to store screenshots somewhere else, such as a Screengrabs folder. We'll suppose we've established a desktop folder named just that in the given description, but you may adapt this method to various locations as long as you know the file path.

To open a new Finder window, click the Finder icon.

By right-clicking on the Finder window, you may create a folder. Screenshots is a good name for it (or whatever you want to call it).

Open Terminal by pressing Command + Space and typing Terminal until the icon appears, then clicking on it to launch the software.

Type the following in Terminal:

(There must be a space after location; else, it will not function.) Drag & drop your Screenshots directory on top of the Terminal screen, and the directory information will be automatically filled in. 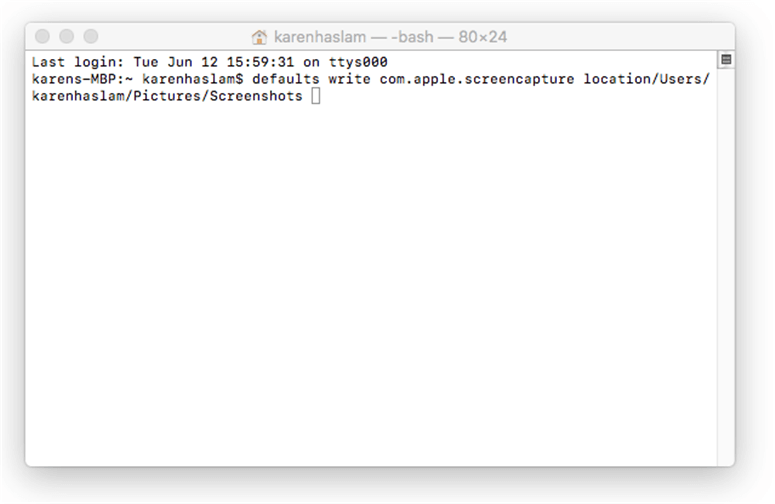 Then type the following to ensure that the modification is applied:

A word of caution: don't remove the folder you just made!

You may establish an alias if you still want convenient access to your screenshots from the desktop. Simply go to the Finder and right-click on the folder you created.

The Alias should now be dragged and dropped to the desktop.

Take a few screenshots to make sure it's functioning.

Return to Terminal and type "defaults write com.apple.screen capture location /Desktop" (without quotation marks) and click Enter to return to the default screenshot location. Then, without quotes, write "killall SystemUIServer" and press Enter. 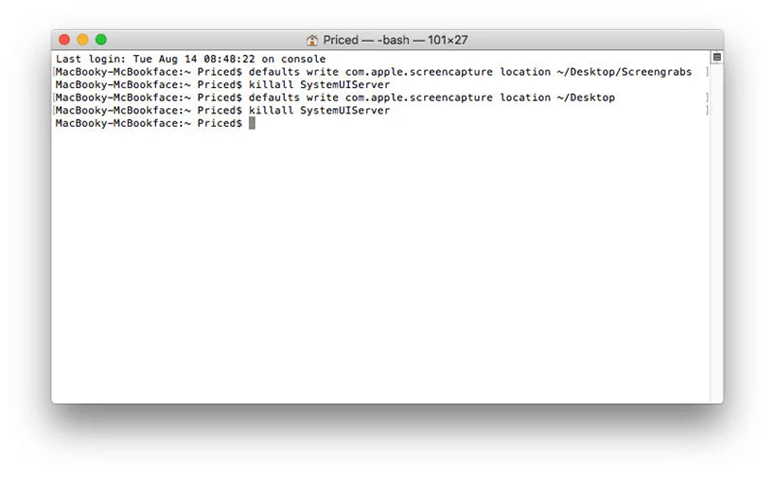 Copy screenshots to your clipboard.

Here is how you can change where screenshots are saved on Mac.