Do you need to utilize an NTFS-formatted external hard drive, USB flash drive, or SD card on Mac? And do you want to know the greatest NTFS for Mac software? If that's the case, then this article is precisely what you're looking for.

Unfortunately, Macs do not have native NTFS written on their internal drives. Put another way, you can read from NTFS disks, but you can't write to a drive without further effort and modification.

An earlier file system, FAT (such FAT32 or exFAT), is backward compatible with both Windows and Mac, so re-formatting your disk to it might help you bridge the gap. Alternatively, you may enable NTFS to read and write access using the command line.

You should avoid using these techniques if you routinely write data into NTFS drives or have sensitive data on the disk that might be lost if anything goes wrong. Be at ease. Many programs that may be found on the internet have addressed Windows and macOS incompatibilities.

To help you out, we've narrowed down the options to the finest of the best.

Is there any reason to use NTFS with Mac applications?

When you need to utilize Windows programs or data in macOS, the transition from Windows to macOS might be a challenge. To get around this, the Mac comes with a built-in program known as Boot Camp. It lets you run two different operating systems simultaneously.

A Windows BOOTCAMP partition will occupy up a large portion of the internal storage space on your Mac, making it sluggish or overheated at times. As a result, moving between two operating systems is inconvenient since the Mac must be restarted each time.

It won't be easy to move files between an NTFS-formatted Windows drive and a Mac if you don't use Boot Camp instead. Installing NTFS for Mac software is the quickest and easiest way to get your data back.

NTFS for Mac program is a third-party application that extends macOS's native file management features. You'll be able to effectively read and write to NTFS on macOS after installing it.

Here are my top selections for free software that will undoubtedly assist you after a lengthy search and a variety of tools.

This is the quickest NTFS application for the Mac. To read and write on NTFS disks at rates up to six times faster than the competition, you'll need this installed in your macOS. This is the best program if you wish to manage NTFS disks quickly.

The Paragon NTFS 15 isn't just about speed. NTFS disks of any size may be read and written using this program. Paragon NTFS can read and write to any NTFS-formatted storage device, from a USB flash drive to a high-capacity SSD. All versions of the NTFS file system, including the most recent, are supported.

Using the Finder's new Menu bar will save you a great deal of time. All of Paragon NTFS's features may be accessed using this software. This app's UI is simple to use, and users may pick between a bright or dark theme. The best offer is exclusively for you. The Paragon NTFS 15 for Mac is available for $19.95 with a free 10-day trial. 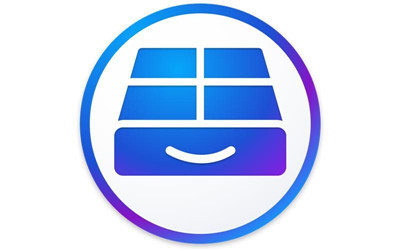 If you compare iBoysoft NTFS for Mac to other free options, it comes out on top. Once you've downloaded and installed this tool, it works as soon as NTFS disks are plugged in. A disk management tool and a list of discovered NTFS volumes are part of the program's user-friendly design, which can be found in the menu bar.

iBoysoft NTFS for Mac is the finest NTFS driver because it is easy to use, plug-and-play, has a free trial version and offers technical assistance. Users may copy and change data on NTFS disks for free during a seven-day trial period.

It's possible to write to an NTFS disk on your Mac using Mounty, a free NTFS for Mac program. It is possible to use Mounty NTFS for Mac from either a Mac or a PC. Homebrew and DMG installation. NTFS formatted hard disks in read-write mode may be remounted using this software designed solely for Mac computers.

Sharing files between Windows and Mac OS X is a breeze with this freebie! If you've already installed and opened this application, you'll just see the list of remounted NTFS disks in the menu bar. First, the Mac mounts the NTFS drive in read-only mode and displays a notification when it's ready, then remounts it in Finder so that it can be used for writing. 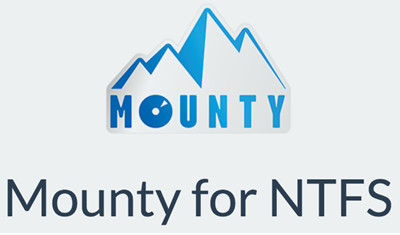 It's common for NTFS to be a source of confusion for Mac users, who don't often contact this file system format. Microsoft-created formats like this one are often utilized in Windows since they're commonly used in other programs.

Most of the time, NTFS is the best choice for external drives since Windows automatically formats them. However, the trouble arises if you connect this drive to a Mac or any other system that does not have the driver (the capacity) to function with this format.

If you use one of the three apps we've examined in this article, you won't have to worry about this issue again. Formats aren't a significant deal, so you don't need to bother about anything.