How to Format or Reformat SSD on Mac?

What to Do before You Sell, Give away or Trade in A Mac?

How to Securely Shred Mac Files?

A Solid State Drive is primarily used on Mac machine. If you want to recycle a SSD, formatting is the best way to remove all history data from the SSD. Today, we will talk about how to format or reformat SSD on Mac. You can run easy-to-use Mac disk formatting software to easily format internal SSD or external SSD under Mac OS.

Disk Utility is a useful application inside your Mac system. It can help you format & quick format SSD on Mac. First of all, open it from Launchpad. It will list all hard drives and external hard drives on the Mac. Select the SSD and click on "Erase" button. Then Disk Utility will quickly format the SSD on your Mac. 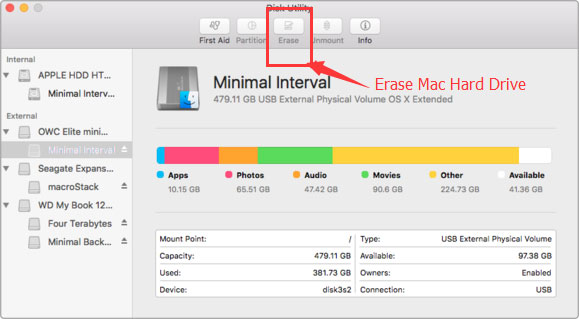 Disk Utility can’t format the system SSD. And please note that after the SSD is formatted by Disk Utility, the data still can be recovered by Mac data recovery software. This is very easy solution to format or quick format Mac SSD. If you only want to recycle or reuse the SSD, this is the best solution to remove all old data on the Mac SSD. But if you are going to sell your Mac SSD, this is not the reliable way to remove sensitive data.

Solution 2: reformat or do high-level format on Mac SSD

Step 1: Launch DoYourData Super Eraser for Mac on your Mac. 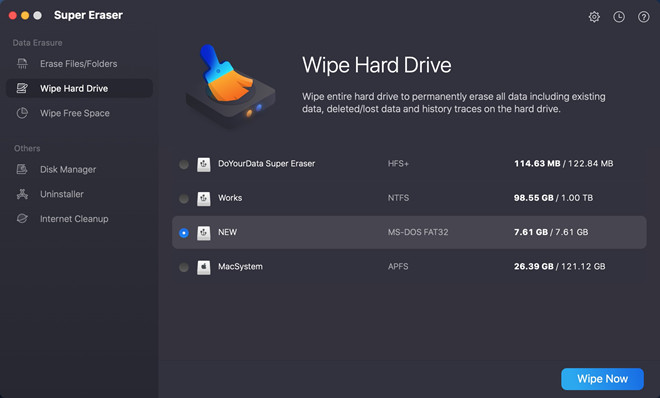 DoYourData Super Eraser for Mac will show all hard drives on your Mac. Select the SSD and click on "Wipe Now" button to reformat the SSD on your Mac. 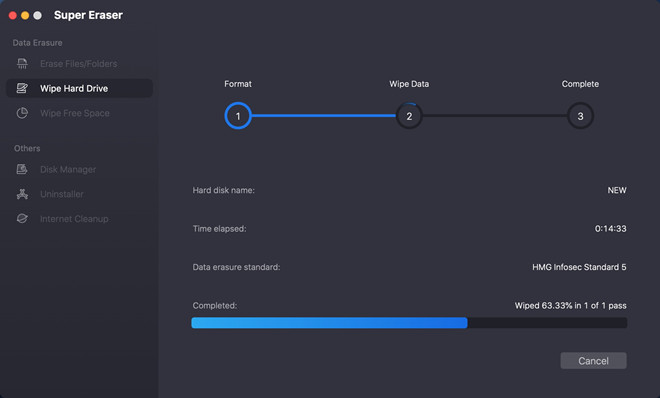 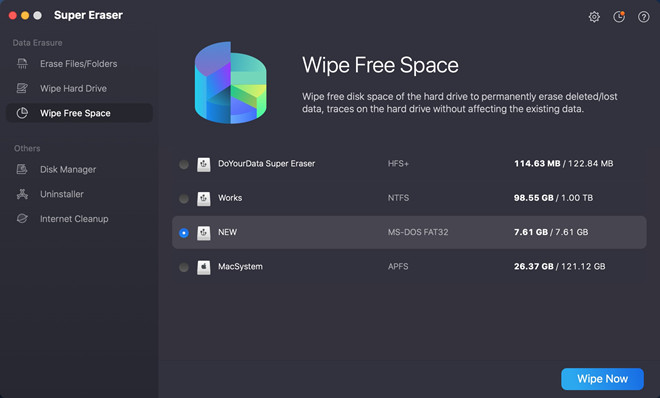 If you are going to dispose your old Mac computer or old SSD, DoYourData Super Eraser for Mac is the best tool for you to format the SSD on Mac and permanently remove all private data on the SSD.