Apple Menu on Mac: A Start Menu for Mac

On a Mac, where is the Apple menu? 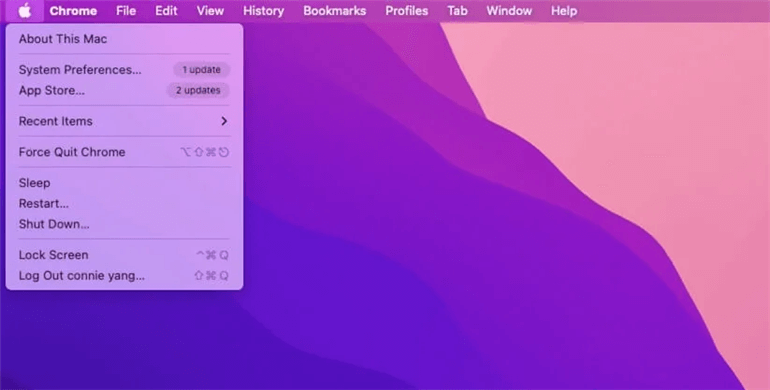 The Apple menu has buttons to put your Mac to sleep, restart, shut it down, and access System Preferences. It also has information about your Mac machine. Every user benefits greatly from it, making using the Mac much easier. The Apple menu's items are listed along with what they do below.

You can access detailed information about your Mac by selecting About This Mac from the Apple menu. This information includes the date of release, current macOS version, processor, memory capacity, startup disk, hardware and software report, storage space utilization, management of the internal hard drive, optimization, and more.

Settings for the system

Additionally, you may upgrade your Mac and enable Mac Dark Mode in the Apple menu's System Preferences. 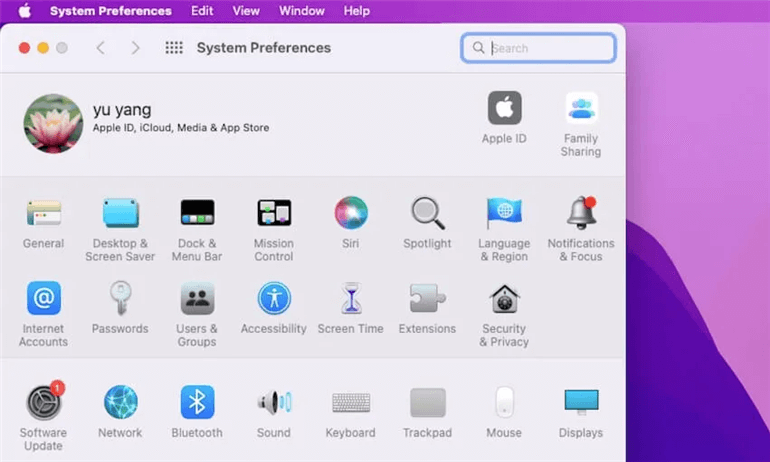 You may find and download your favorite or desired apps via the App Store. Additionally, it will notify you when updates for any loaded applications are available and prompt you to do so.

The objects you've recently opened or used may be found by moving your mouse over Recent Items in the Apple menu.

The names of your recently used servers, documents, and apps are saved under Recent Items. As a result, you won't have to look for these products in Finder again and can easily access them again in the future.

By pressing the exit button () in the upper left corner of the window, you may force an app that isn't responding to be closed.

Additionally, you may open the Force Quit window by simultaneously pressing the Option + Command + ESC keys.

Shut off, restart, and sleep

To put your Mac into sleep mode, just hit the Sleep button. This will allow you to maintain your Mac in working condition while using less power and darken the screen.

The Restart option enables your Mac to shut down and then quickly restart itself.

Click the Shut Down button to permanently shut down your Mac.

When you wish to go for a long and want to secure your Mac's data and personal information, Lock Screen sends your Mac to the login screen.

You can shut all open windows and log out of the current user account by clicking Log Out. When signing back in, you may also tick the Reopen Windows box.

Having many users log in to the same Mac is practical.

The two may be confusing to some of you. Despite having identical names, they operate in different ways.

At the top left of the screen and to the far left of the Apple menu bar is where you'll find the Apple menu.The About This Mac, System Preferences, App Store, Recent Items, Force Quit, Sleep, Restart, Shut Down, Lock Screen, and Log Out choices are all found in the drop-down menu known as the Apple menu.

However, the Apple menu bar, which spans a large horizontal space, remains at the top of your Mac screen. It includes the Apple menu, menus for the open apps, a status menu, Spotlight, the Control Centre, and the Notification Center.

The Apple menu is adjacent to the app menus. The app's name displays in bold, followed by other menus, many of which have common names like File, Edit, Format, or Window. Every app has a Help menu that makes it simple to get instructions on how to use it. See Use the included assistance.

Each menu has commands, many of which are included in the majority of programs. For instance, the File menu frequently includes the Open command. To learn more about the icons used in the menu commands' keyboard shortcuts, go here.

If you want to more features, just add a Windows-style start menu on your Mac. DoYourData Start Menu for Mac is a free start menu application which can help you manage & optimize your Mac in an easy way. Download it here:

DoYourData Start Menu for Mac can help you quickly access to the app you want to use, clean up junk data, free up memory, remove or add startup items, format disk... 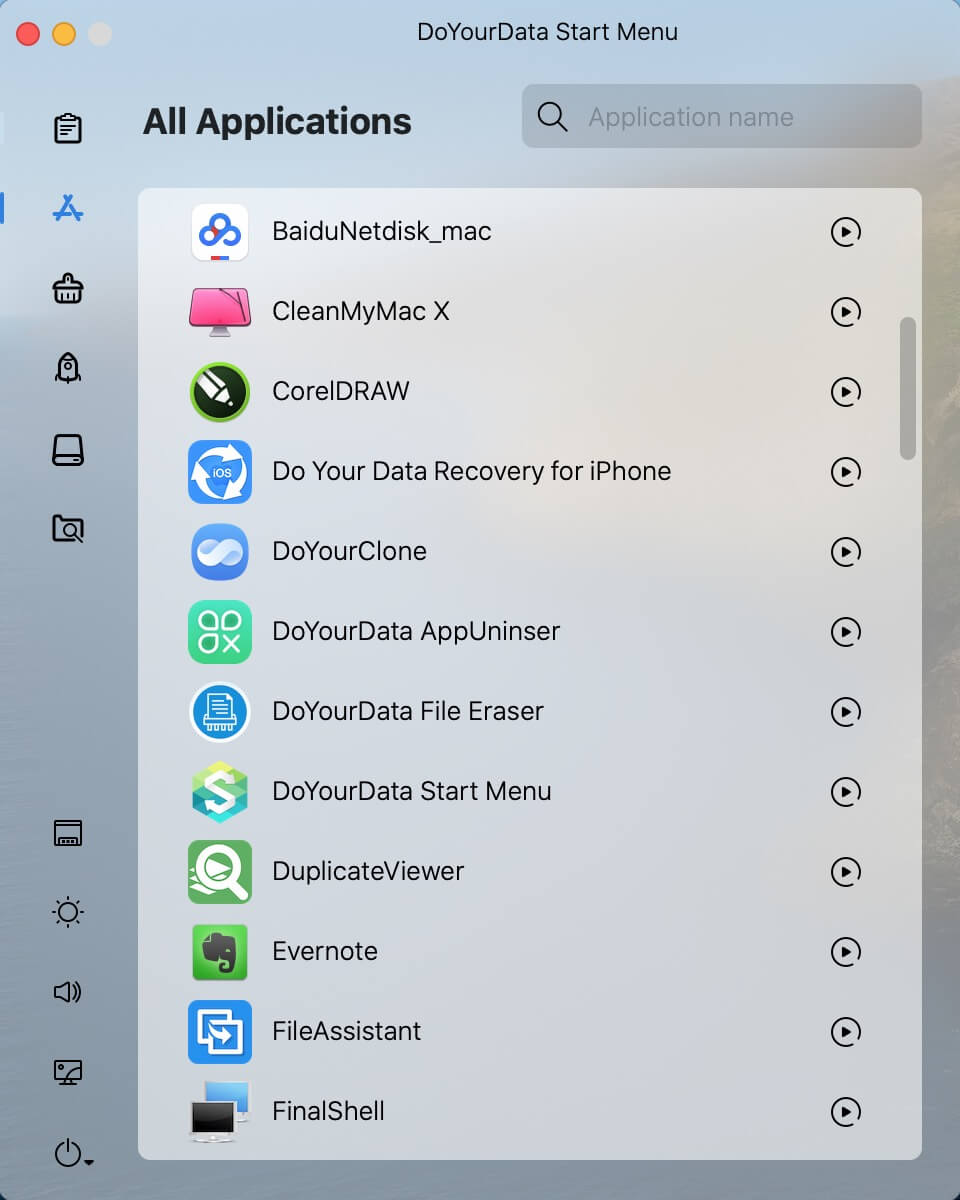