What Is exFAT File System?

You may have heard about exFAT. It's a newcomer in file systems when it comes to file systems for flash drives and mobile devices. It's likely you've heard of exFAT if you use both Windows and Mac OS, but if you haven't, you may not have used it before.

If you're curious about what it is and how it's utilized, keep reading. In this post, we'll address all of these questions and more.

For USB memory sticks and SD cards, exFAT is a file system that may be utilized. FAT32 and FAT16 are the two predecessors of exFAT, which is an abbreviation for Extended File Allocation Table. A newer variant of the FAT32 file system, exFAT is a halfway ground between FAT32 and the more advanced NTFS file system (New Technology File System). 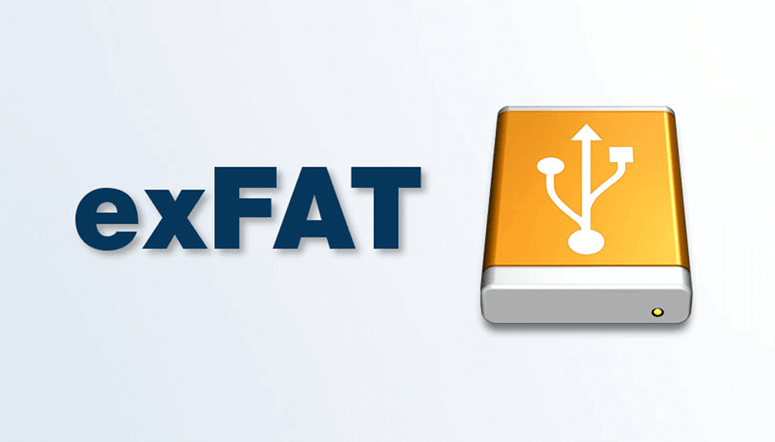 What Is exFAT Used For?

Due to a large number of manufacturers and end-users are now using exFAT on USB flash drives and solid-state drives (SSDs). Even though, as previously stated, there are no technical restrictions on the file size, exFAT has swiftly shown that it performs best when the overall amount of storage is kept to a minimum.

Here are some instructions for making the most of the exFAT file system: NTFS should always be utilized for large hard disks that are solely connected to Windows machines.

Similarly, data that must be retrieved in real-time is likewise affected by this.

Because exFAT does not allow compression, NTFS must be used when files need to be compressed. ExFAT should be used for all other applications and FAT32 for modest amounts of data.

Apple and PC devices may benefit from exFAT's full potential when it comes to quick data transfers between the two platforms. As a result, exFAT-enabled mobile storage devices have been phased out, and cloud-based data exchanges have taken their place.

Due to the lack of NTFS compatibility between PC and Mac, a collaboration between the two platforms is difficult. FAT32's drawback is that it can't store anything greater than around 4 gigabytes of data.

Thanks to the exFAT file system, a single storage device may hold big data (such as movies). It is then possible to use this storage media with various devices and operating systems. ExFAT is often referred to be very versatile by both users and professionals.

In this case, the exFAT file system is utilized instead of NTFS because of its data structure. An exFAT file system is particularly well-suited to embedded devices since it has a simple structure. Aside from hard drive storage, exFAT is commonly utilized in firmware due to its low power and storage needs. Technically speaking, exFAT is a superior format to FAT32 since it supports larger files and partitions.

Advantages Of The exFAT File System

The exFAT file system was created to address some of the shortcomings of the FAT32 file system. In truth, exFAT is quite similar to FAT32. Among the most significant modifications are as follows:

No Short Names For Files

File names in exFAT files may be up to 255 characters long and are stored on disk as Unicode.

File Size In The 64-Bit Range

FAT's 4GB file size restriction may be bypassed with exFAT. Cluster Sizes Go Up To 32M This allows exFAT to be used on considerably bigger drives than FAT since exFAT's 64k cluster size constraint is overcome.

As a result, exFAT volumes use less storage space and need less processing power since they only have one FAT partition to deal with.

Bitmap Of A Cluster For Free

When it comes to keeping track of allocated and free clusters, exFAT makes use of both the FAT (File Allocation Table) and a cluster bitmap (also found in FAT-32). The use of a bitmap significantly decreases the number of FAT read/write operations the application needs.

Faster reading and writing of contiguous files is made possible by exFAT. The majority of files on a disk—typically more than ninety percent—are organized in continuous groups.

When compared to FAT volumes, searching in directories or accessing files on NTFS volumes is substantially quicker because of the implementation of file name hashes and the elimination of short file names.

Despite its technical merits, the exFAT file system is not as well recognized as FAT32 or NTFS among consumers. However, manufacturers often use the format, and it is widely utilized. Because Microsoft just released exFAT's comprehensive specs in 2019, the format's lack of popularity is likely due to this reason.