What Is Terminal? How to Use It on Mac?

The Terminal is pretty efficient with troubleshooting issues and tasks and repairing disks through Mac Single User Mode or SSH whenever you lose access to your user account.

Let us talk more about Terminal and how to use it on Mac.

The Terminal app comes with a command-line interface on your Mac devices that enables you to manage the operating system efficiently and quickly to perform operations; a graphical user interface finds it reasonably hard to execute or run and requires more effort to get your job done.

How to launch Terminal on Mac?

Launch Terminal on Mac is pretty straightforward, but it depends upon the functionality of your Mac. If everything goes well, you can launch Terminal from your Desktop PC through Finder or Spotlight. Moreover, you can also access the Terminal via macOS recovery mode.

You can quickly launch Terminal through Spotlight search. Hit the small magnifying option on your Mac or click Command+Space keys to launch Spotlight.

Now, you can type the Terminal icon and then double-click on it when it appears to open it. Moreover, you can also access Terminal in the utility folder in Finder.

However, if you use Terminal often, you'll need to right-click the Terminal to pin it on your Dock option. You can also create a shortcut if you aim to launch Terminal via keyboard. 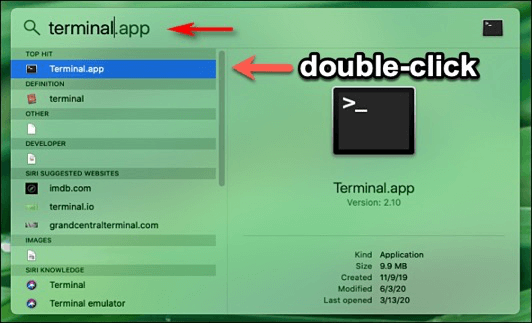 If you're launching Terminal on your Intel-based Mac, you'll need to press and hold the Command+R key for booting the Mac PC into macOS Recovery mode.

In addition, you shouldn't leave the command+keys until the startup screen appears at restarting.

However, if you're using M1 Macs, you must shut down your Mac PC before hitting the Power button until Loading startup options feels its presence. Next, tap Continue after clicking the Option icon. Now, you access the Terminal after hitting the utility menu from the macOS Recovery window. After finding the Terminal, you can launch it by tapping on it. 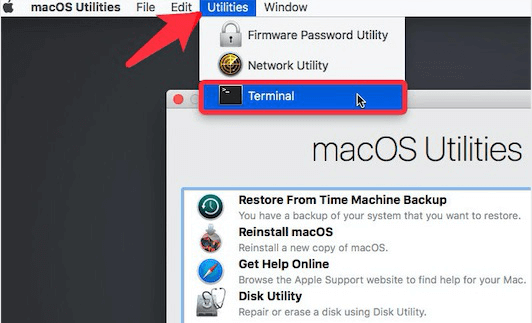 How to use Terminal on your Mac

After launching Terminal, a small window appears along with the current directory name, size of Windows in pixels, and type of the shell courtesy of the title.

A Command comes with three parts: a modifier to the output of the command, the command name, and where the command operates.

You won't be able to execute the command if you don't click the return key. When you don't type the correct code, an error message might pop up, or your command runs in the wrong way.

If you want to repeat the command, you can opt for the up arrow key. Moreover, you can type Clear to delete a window filled with texts and then press the Return icon. You'll need to visit Finder if you want to see changes in Terminal. 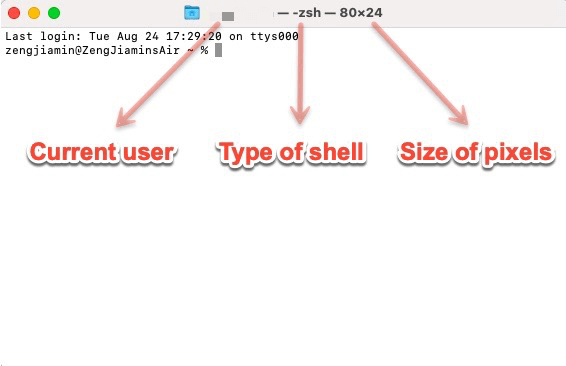 Here's the list of commands that Terminal can perform to finish your tasks.

Killing a process in Terminal

Before killing a process, you'll need to save all the changes you've made and ensure that the target you're working on is correct.

Here's how to terminate the process

Type top in your Terminal Window before hitting Enter to force quit music.

Next, you'll need to type q to return after finding the Music's PID number. Now, you can type kill 1234for quitting the music immediately.

Killing all the operations with a particular name

Input killall Google for terminating all the processes with Google. Moreover, you can also press Control-C to interrupt a running process in your Mac terminal.

How to alter the change directory in Terminal?

To alter the directory, you'll need to type:

Whenever you launch Terminal Window, you'll be entered into the home directory by default. You can copy this command to the Terminal if you aim to visit another folder and alter the desired directory icon for the one you'd want to open. For instance, insert cd desktop, switch to desktop.

Listing a directory in your Terminal

You can access the desired directory after using the cd command. Next, you can use Is to see the folders or files inside it.

1. Can you quit the Mac terminal?

If you want to avoid interruption during the ongoing process, you can eradicate a shell session by entering exit and then hitting the Enter key. Moreover, you can also exit the Terminal on the Dock by right-clicking on the Terminal and hitting the Quit icon.

2. What do you know about bash in Mac?

People use different types of shells to communicate with Mac computers. Bash is one of the most prominent shells and was the default shell before the arrival of macOS 10.15 Catalina. Now, bash has been replaced by zsh.

3. Is the Mac terminal safe?

If you're using the correct command and know about what you're doing, Mac Terminal is safe. However, executing the wrong command can create a lot of trouble for your Mac. Unfortunately, the wrong execution of commands can badly affect the system files on your device.

The presence of Terminal on your Mac can help you perform the different operations more efficiently, and you won't face any difficulty performing any task. Unlike GUI, Terminal enables you to fix any issue your Mac device might encounter when running different programs on the system.

In this article, we focused on providing you with complete insight into the role of Terminal on Mac and how to use it. We're hopeful that this guide is pretty helpful for you.

Guide: use Terminal to recover deleted or lost files on Mac >>