Apple Metal Overview: What Is It Used for?

On Apple devices, the Metal is essential for accelerating graphics. Follow this thorough explanation of Apple Metal attentively if you want to understand more about the Apple framework. 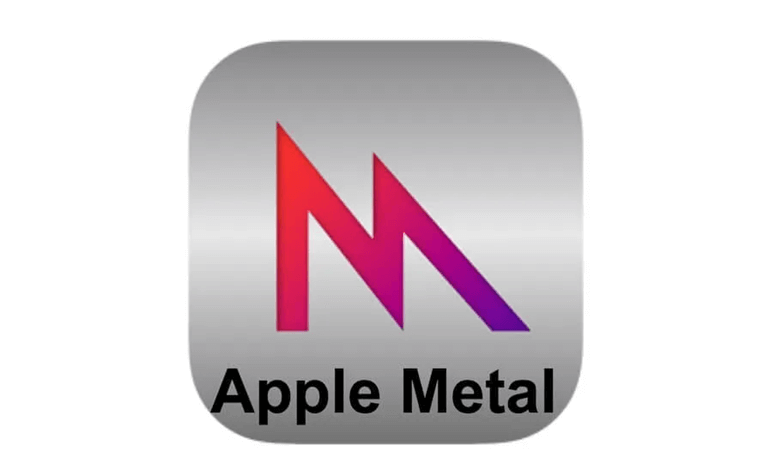 What is the purpose of Apple Metal?

A low-overhead application development interface (API) called Apple created metal to allow hardware-accelerated visuals on iOS, iPadOS, macOS, and tvOS. It is intended to speed up visuals by giving apps direct or low-level access to the GPU of the device, allowing them to use the GPU to render complex sceneries rapidly while still running computational activities.

With Metal, the operating system can load interconnected resources more quickly and render applications and games with high-resolution graphics in less time, giving you a better visual experience and speedier operation.

Notably, Apple Metal is not a stand-alone application. It interfaces with other Metal frameworks like MetalFX, MetalKit, Metal Efficiency Shaders, etc., enhancing its functionality.

How does Apple Metal fare?

Apple Metal was first introduced in iOS 8, integrating OpenGL and OpenCL-like features to create a revolutionary API. The robust Metal framework makes it possible for programs to have low-level access to a device's GPU and has since been implemented on other Apple platforms. Users who often use high-resolution apps, like as games, will benefit from Apple Metal's enhanced efficiency in resource loading and complicated scene rendering.

Apple has also released Metal 2 and Metal 3 to complement the new operating system and Apple devices in response to the success of Apple Metal. So it's difficult to argue that Apple Metal is bad.

How can you tell whether your Mac is Metal-enabled?

Since 2015, Macs running OS X El Capitan (2012 model or later) have had access to Metal. And from 2017, Metal 2 (the second iteration of Metal) has supported macOS High Sierra and newer. Apple claims that macOS Ventura or later and Apple silicon Macs are supported by Metal 3.

You may also just choose About This Mac from the Apple menu. Press the System report button under the Overview section. Go to Hardware and choose Graphics/Displays. The Metal GPU or a comparable description will then appear next to the Metal Family tag on the right pane.

Is Metal preferable than Vulkan?

Despite the fact that both Metal and Vulkan are APIs, they operate differently and deliver varying levels of performance. The specifics of Apple Metal vs. Vulkan are shown here.

Metal automatically helps you cope with the behind-the-scenes administration whereas Vulkan requires your control. In that regard, Vulkan appears to offer you greater performance possibilities than Metal.

Additionally, Apple Metal is a more relaxed API than Vulkan since it does more automated operations to assist you in handling the background management of speeding visuals and enhancing performance. However, Vulkan is a more direct API that mostly depends on your control. Therefore, Metal is easier to use and maintain in general.

Regarding features, Metal utilizes several enhancements, such as batch binding updates, sparse resources, reuse of command buffers, etc., to include and improve upon the key benefits of Vulkan. Most notably, Apple Metal retains Vulkan's benefits while maintaining its user-friendliness.

Furthermore, Vulkan is superior to Metal for users who want to play high-end games on their devices because these games require specific management of the programs. However, Apple devices don't have strong GPUs, hence Metal is preferable for regular users to the broken Vulkan.

Overall, Metal is superior to Vulkan because it is simpler to use and provides capabilities and benefits that are similar to those of Vulkan.

A game engine is Metal?

Indeed, Metal works like an engine to speed up games and improve the experience. This is so that apps may more quickly utilize the GPU of the smartphone thanks to Metal, an API. Additionally, it can handle parallel computing paradigms and 3D graphics.

What Metal Did to iPhone Graphics?

So, Metal enables phones to produce graphics quickly, but what's the big deal? In other words, it frees up the CPU to perform tasks that it was previously unable to perform because it was communicating with the GPU. Metal has now improved the efficiency of a lot of that work, freeing the CPU to focus on other tasks. What other kinds of things? Artificial intelligence, physics engines, audio processing, and all other aspects of the extremely complex computations needed for you to play a game are included.

Only the A7 processor in the iPhone and iPad was compatible with Metal when it was initially introduced. Vainglory, the first iOS game to utilize Metal, was showcased at the unveiling.