There are many data recovery programs on the market. Some of them are useful, some of them are not. Here, we introduce a powerful & easy-to-use data erasure program - DoYourData Super Eraser. It can help you securely and permanently erase data from Sony Walkman music player without causing any physical/logical damage. Just download this data erasure program and install it on your computer.

DoYourData Super Eraser is 100% safe data erasure program. Once your data is erased by DoYourData Super Eraser, the data will be lost forever, can’t be recovered by any data recovery software. Just run it on your computer. It supports to permanently erase data from hard drive, memory card, digital device, USB flash drive, etc.

Step 1. Make a backup of your Sony Walkman data.

Before permanently erasing your data on Sony Walkman, it is recommended to make a backup of your Sony Walkman data. 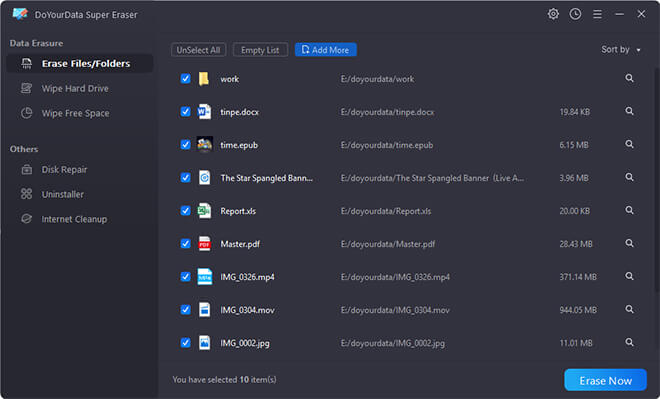 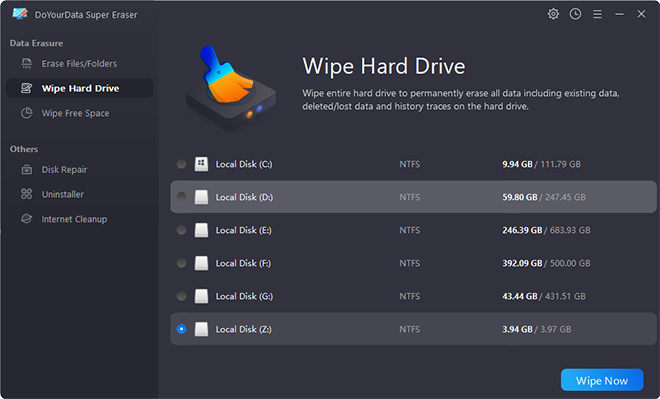 Once the data erasure process gets finished, the targeted data will be lost forever, can’t be recovered by any data recovery software. Don’t worry, the erasure operation will not cause any damage to your Sony Walkman. 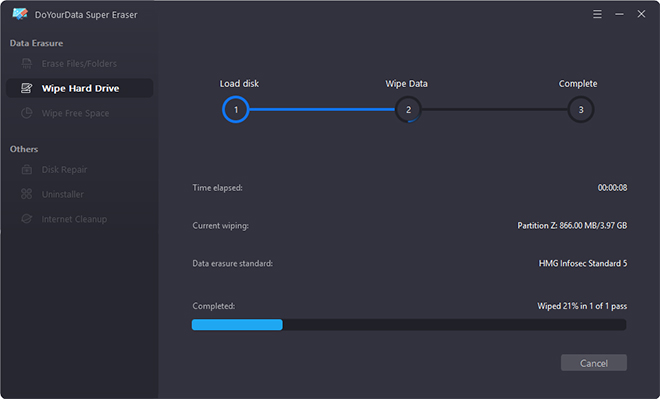